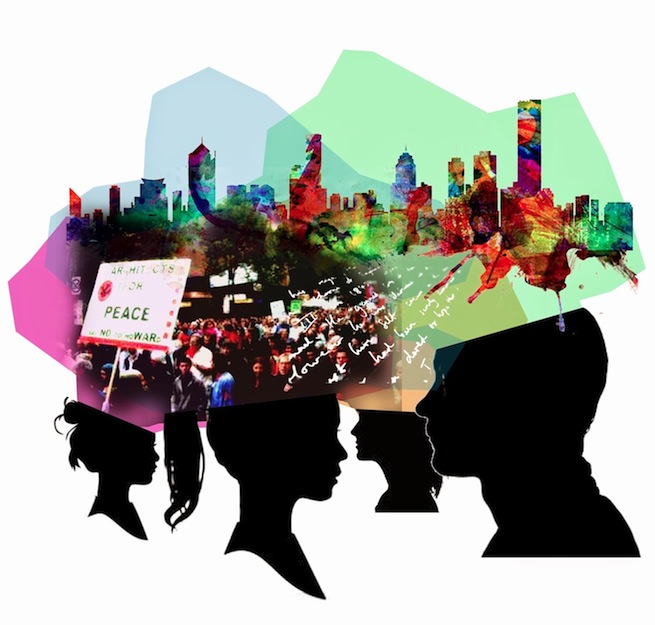 My conversations with people closely involved in several humanitarian architecture groups have had an underlying theme – interest is down in Australia. People aren’t volunteering, donations have slumped, patrons are in name only… Emergency Architects Australia have even closed shop. I could write a book about why I think this is happening, so won’t attempt to unpick it here. Suffice to say, many of the remaining groups are in the process of re-examining their goals.

I’ve been involved on and off with Architects for Peace since its inception in 2003. It was the only Australian-based group of architects prepared to protest the Iraq invasion. Times have changed since then, and not for the better. But Architects for Peace grew beyond its roots and was soon hosting talks and events, facilitating pro bono work, hosting a busy online forum, releasing news and editorials, and a lot more. But despite having 26,000 facebook followers and 600 members worldwide, A4P was finding it increasingly hard to get things done with the resources available.

Architects for Peace went into a temporary hibernation earlier this year, and focused on itself. There have been months of meetings, discussions, arguments. The result, the first Strategic Plan, is being launched tonight at Design Hub in Melbourne. I’ve read it and am pretty excited about it. I think it’s going back to roots, to hopefully reemerge as an unapologetically political group concerned with people’s rights to built environments and public spaces that are meaningful, safe, and egalitarian. But that’s just my quick take on it. Come hear the official version yourself tonight, on the roof-top.