A trove of PDFs of this important magazine from mid 20th century Los Angeles, assembled on the occasion of the Taschen book’s release. You must register your email to view.

“It is difficult, maybe impossible, to understand a time that is not your own, to feel the excitement of the 40s, 50s and 60s if you were not a part of them. The World War II years and the post-war period were an energetic mix of culture and politics, and A&A was at the leading edge in architecture, art, music—even in the larger issues of segregation in housing and education and other manifestations of racial bias before they became codified as civil rights.” 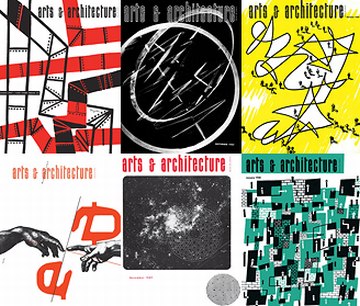