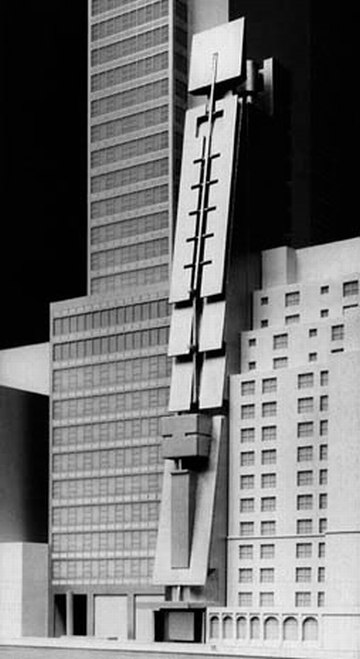 Christopher Hawthorne’s article in the LA Times about embassies, the prescence of one place in another, includes a few words about the Austrian Cultural Forum in New York. When I visited it a few years ago, I thought it had that alien presence of a Shin Takamatsu or John Hejduk building – that there was a story to this contraption that would be worth knowing. There is a small split level gallery in the basement, rather pokey (the site is only 25 feet wide), exhibiting Austrian art. I took in the dusty art, huffed that I couldn’t get upstairs, where the building was really interesting, and wandered off to my train. It must have had some effect on me though, as I got on the wrong train and went to Queens.

I’ve just discovered that the architect of this slender and precise wonder was Raimund Abraham, who died earlier this month in a car crash, having earlier that night given a lecture (“The Profanation of Solitude”) at Sci-Arc in Los Angeles. Like so many good architects, you don’t hear about them till they’re gone. You can view the 54 minute lecture here.

According to Sci-Arc’s website , Abraham was, “an accomplished architect and educator in Europe and the United States, was born in 1933 in Lienz, Tyrol. He emigrated from Austria to the United States in 1964, and taught at the Cooper Union for more than 30 years.”

He competed with “every born Austrian architect who could walk” in 1992 for the Cultural Forum commission. He described his winning entry: “The lateral compression of the site defines the latency of its vertical thrust. Three elementary towers: The Vertebra / Stair Tower, The Core / Structural Tower, The Mask / Glass Tower. Signifying the counterforces of gravity: The Vertebra – Ascension, The Core – Support, The Mask – Suspension. The entire tower rests on the cavity of its public spaces.”

Hawthorne writes that just before his building’s tardy completion in 2001, Abraham renounced his citizenship, as Austria’s right wing swelled hideously under the prime ministership of Joerg Haider.

I’ve found a 2001 interview with Abraham at Bomb magazine , which while fairly unfathomable in places, is worth the read. He was not short of a thought. Here’s a snip:

“I think what’s been really detrimental to the understanding of the city in our time is a master plan mentality – which is still evident in the so-called urban typology. The mapping of the city is essentially like trying to extract some kind of artificial intelligence out of a highly complex organism. Which is a total misunderstanding of the city. In New York, for example, if you walk from all the way uptown to all the way downtown all of a sudden you realize that there are invisible thresholds – you cross over by one street and you are in a different world. So how can you ever speculate what will come into being? I believe if you build one thing, and this one thing is defined by clarity, compassion, and belief in the true survival of the city, then this singular building will become a singular force within the unpredictable metamorphosis of the city: “The house is the city – The city is the house.” (Alberti) 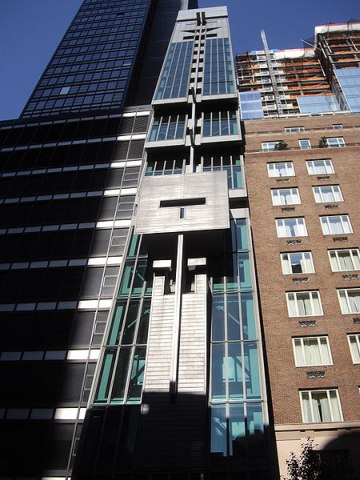 venice visionaries would disagree with Abraham

venice visionaries cannot agree with each other.
except 4 one thing – 2 be in the same room together.

this abraham building is a corker. abraham was a corker.
not so obscure a figure – at least in the USA.