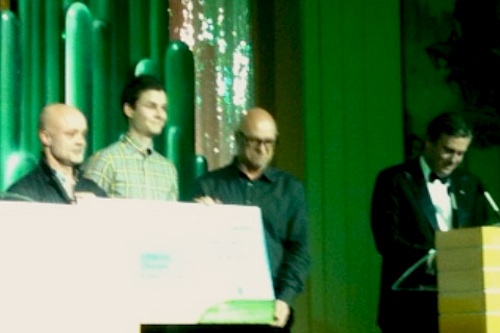 Ashton Raggatt McDougall won the About Face award this evening at the Think Brick awards in Myer’s Mural Hall. In a generous move, ARM director Ian McDougall immediately donated the $20,000 bounty to the trust fund set up for Nick Murcutt and Rachel Neeson’s children.

Nick Murcutt, who died in March at the age of 46, was an advisor to Think Brick and a video of tributes to him was played to the audience.

ARM won the About Face award, from an invited pool of six architects, for a brickish intervention into a suburban roundabout. The press release says that, “inspired by the idea that brick should somehow embody a civic quality, their winning submission sought to rediscover those forgotten spaces in suburbia and recreate them as a public place. Called “In a Roundabout way…”, the conceptual project design takes the humble suburban roundabout, often a blackhole of useless space, and converts it into a community centre.” 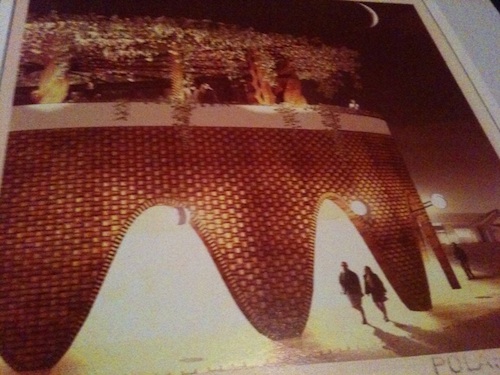 Other award winners were:

Award-winning entries will soon be published on the Think Brick website.

Admirable. I hope the profession also steps up to support the two young boys recently orphaned by the death of Greg McNamara and Lena Yali from Troppo.