Wow. I am in the midst of watching a documentary about the suburbs. It isn’t your usual documentary though. Maybe it’s even ground-breaking, and there is a lot of ground being broken out in the neighbourhood of Evergreen, in Cranston, Canada.

It’s a bit like David Byrne’s film True Stories, or Arcade Fire’s The Suburbs, except it’s real. It follows a family about their daily lives in the edge city. But it follows them separately. Mum, instigator of the move to the ‘burbs, is nervy and defensive. Laid back Dad enjoys his ‘meditative’ daily two hour commutes, when he thinks over the local musical he is acting in: “The Suburbs”. It’s a tad satirical, so Mom hates it. The son finds play by climbing the mobile phone tower and playing paint ball on construction sites. The 10 year old daughter spends most of her time being chauffered between activities. 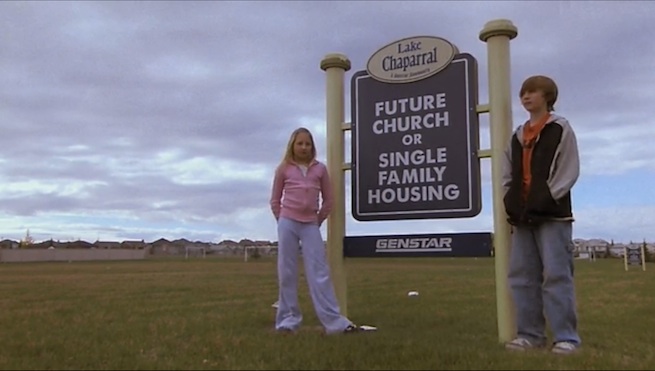 We also get to meet some of the people who’ve recently moved into the multi-residential ghetto, separated from the proper homes by a field. Separating the homes from the freeway and the big box stores.

Smart academics like James Howard Kunstler add their own take. Kunstler is fantastic as usual, an angry beat poet in a grey suit. 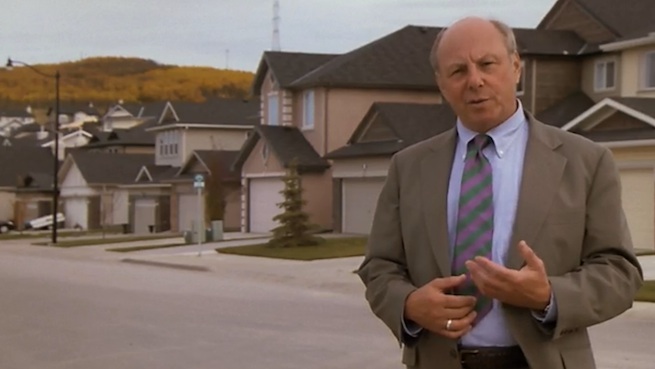 Um, thanks Canada, and Joey Santiago (Pixies) for the music. Watch!

Ooooh, and there’s a big surprise at the end.