Arsenal’s old ground in London has been renovated into a housing complex. Allies and Morrison incorporated the old grandstands and planted the pitch. Clever. 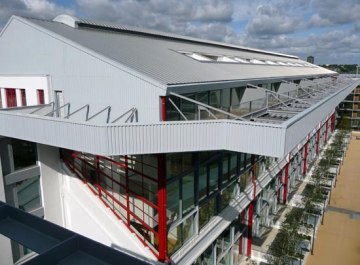 Yale’s Seeley Mudd Library, built in 1982 and designed by Roth and Moore Architects, is about to be demolished and replaced with student housing designed by Robert Stern. Roth and Moore kicked up a bit of a stink about it and offered solutions for renovating their building, which had been designed with a 100 year life span in mind. Yale says: “The Mudd Library cannot be practically incorporated in the residential college program, due to its mass, style and location.” Put on the spot, Yale have commited to salvaging and recycling 90% of the building’s materials. 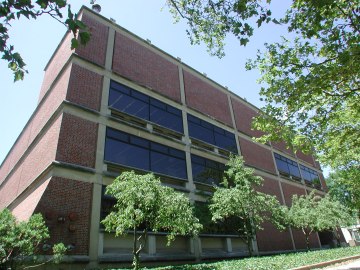 Melbourne University is to rebuild its 40(?) year old Architecture building and 80 year old Old Commerce building as.. an architecture building. The justification being that, “the current Parkville Campus Masterplan identifies the existing location of the Architecture and Old Commerce buildings as the site for the new building.” Oh, right. “The Building will demonstrate an outstanding level of environmental performance, expected to be a 6-star Greenstar rating (or equivalent) using Green Building Council of Australia rating system.” Phew, great. But I guess that won’t have any effect till they have offset the demolition and reconstruction, which will be in about 2409.

Now I’ve downloading the 27MB Parkville Campus Masterplan (2000) on my pathetically slow internet stick. How will it justify knocking down the existing building? Sure it’s a bit of a clunker, but it could be fixed.

The 2000 Masterplan is still “current” on the Melb Uni website. But, bugger, I’ve just found a 2008 masterplan (29MB PDF) linked to from the competition web site. Daryl Jackson (again the author):

…the aim is to create new open spaces through the… redevelopment of the sites occupied by the Architecture and Redmond Barry buildings, to establish a new outdoor landscaped room that links Tin Alley to Masson Road.

A new building is likely to replace or extensively alter the existing Architecture and Planning buildings.

Likely? That makes it sound like the demo was already on the cards. Is a masterplan meant to report or advise? Strange that the competition brief would seek its only justification for the demolition from this loose statement. Where is the discussion? 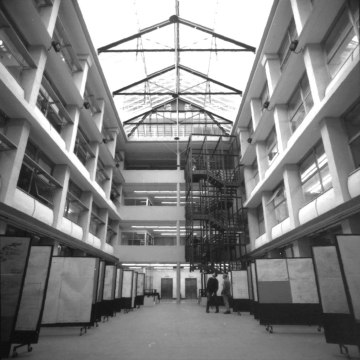 MU masterplan authors also = lovell chen?
minor point but if u wanna knock anything down mexico then peter love-in and his stable of foxy whores will find a reason to do it – can even negate their own priors for a $.

not a bad barrow u r pushing but. what if heritarge dudges were put in their place. OG architecture pre daryl and 600 diseases = uninteresting building worthy of a strip down? only way you justify it is with ESD. top idea.

But some shit should never stay and no ESD price is too high to pay to rid the world of dazzle and the 6 diseases.
^that yale building is a minor ball tearer. shame its being dropped.