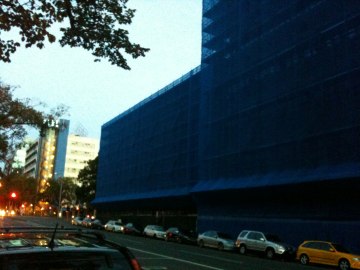 Glum to see last night the Melbourne Dental hospital on Grattan Street in its vivid blue death shroud. Another building from the early ’60s falls on an asbestos pretext, making way for the energy-intensive construction of a new ‘sustainable’ building. The dental hospital has moved down the road and the Peter Mac is moving to the site, making way for apartments on its site in East Melbourne, so its dominoes all round. Here are some pics of the Melbourne Dental Hospital, all fairly recent phone grabs. 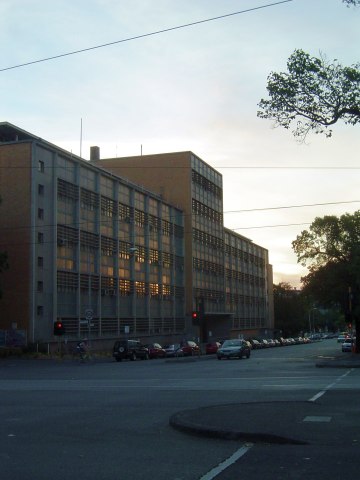 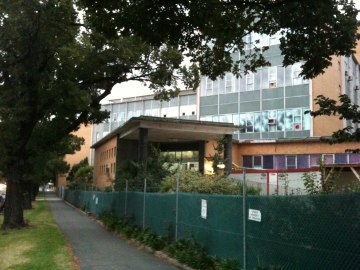 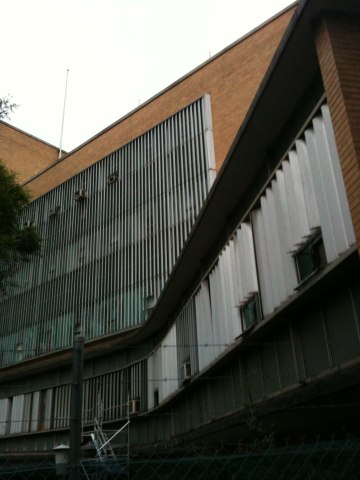 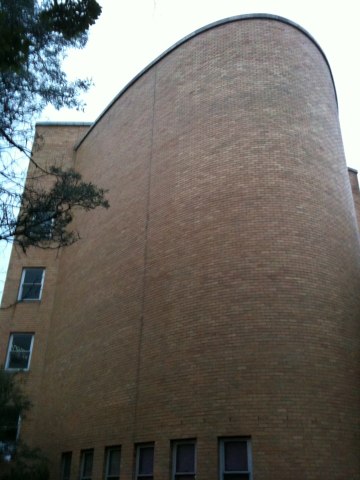 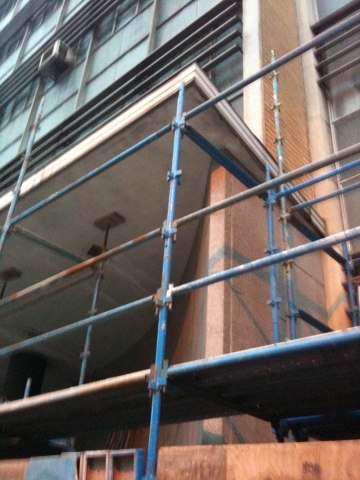 Frank Heath was the architect*, with some early assistance from Percy Everett. It took decades to get built, due to money problems. Will be much quicker to demolish.

\* One article attributes the building to Frank Lynch.

Has some history but certainly will not be shedding a tear for this oppressive looking thing … !

Well i thought it had some pretty good bits; the grattan street side was rather office-like, but the rest was great almost saarinen angles and curves. If had been built in the 40s when it was designed, we’d would have been screaming to save it.