Extracts from an HIA Press Release 2011 dutifully relayed by many news services in late May.

Constructing the average new home and land package involves the emission of about 240 tonnes of carbon dioxide. These emissions are largely unavoidable and inherent in the development, manufacturing and construction process. At a carbon price of $20 a tonne that amounts to $6000 in additional construction costs, on top of which are imposed State Stamp Duties and GST. The final cost will exceed $7000.

Many Australian producers and manufacturers of building products and materials are “trade exposed”. A carbon tax will mean that Australian businesses will cease to manufacture here, with imported goods being substituted, made overseas by manufacturers who would be free of any carbon tax and free to emit carbon dioxide.

“At $20 per tonne, a carbon tax will add an extra $6,000 or more to the cost of building an average new residence, placing additional affordability pressure on new housing activity, and adding $43 extra per month to family mortgage repayments… That adds a further $12,800 in repayments over a 25 year loan.” No one else seems to have had much of a look at these numbers, so I thought I would. It turned into a lengthy look into much crystal-gazing commentary, with very little appearing that could be classed as hard numbers.

240 tonnes!
I tried to verify the 240 tonnes figure, and couldn’t find any Australian figures to directly back up the HIA – but adding it up, it sounds about right. Overseas equivalents ranged from 17 to 80 tonnes of CO2 per house (taking into account much smaller average house sizes and different energy sources).

Who pays?
Only the 1000 biggest polluters will pay it. These are electricity producers, steel manufacturers, and miners. BHP/Bluescope and Rio Tinto are in the top 20 list of polluters, which is dominated by energy suppliers. Sure electricity is an important part of the supply chain, but not every tonne of carbon dioxide is to be taxed. You cannot simply multiply $20 by 240 tonnes and round it up a bit to the widely reported $6,000. This assumes no compensation to anyone. In a later article buried in a Domain blog, HIA CEO Graham Wolfe admitted this: “If there is a compensation for [manufacturers] … then the cost increases won’t be as significant. So the $6000 might be a little less.”

How much of an increase?
$6,000 is about 1.2% of the cost of a new house and land package in South Morang – $500,000 for 240 square metres. And remember that’s an overestimate of the amount, and excludes compensation. As a comparison, the housing industry CPI for the December Quarter was 1.3%. So the increased cost of housing, after compensation, is likely to be equal to one to two months of inflation.

The HIA’s estimate is quite cheery compared to the Master Builders , who recently stated that construction prices would jump 5%, figures I that they have apparently extrapolated from a 2009 report on the Rudd CPRS commissioned by the Liberal Party, a report that mentions no percentages.

Who gets compensated?
The compensation for heavy polluters is being negotiated at the moment. It was 95% under the CPRS, but some expect it to be lower now. Intense lobbying and media campaigns are trying to minimise the impact on industry. The intent at the moment is for households earning under $120,000 to be fully compensated. 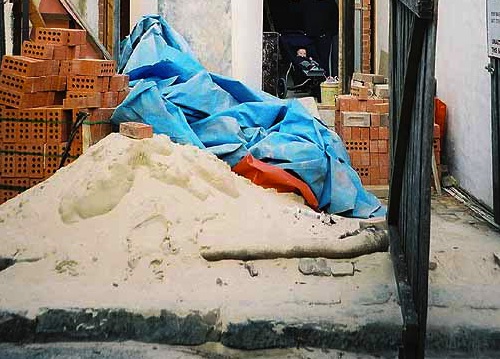 What’s the point?
The point of this carbon tax scheme is to make dirtier industries relatively more expensive than clean industries. Everything dirty gets slightly more expensive so that cleaner industries become more competitive. Dirty industries get compensated, but are still meant to lose market share to clean ones in the long term – so (it is hoped) they spend their compensation dollars cleaning up or diversifying. Lower income families get compensated too, but only if they buy products from a dirty industry… hmm. That’s where all the tax money goes – in a “revenue neutral” loop that tries to shift demand to cleaner products. A simple strategy used in many countries, but amazingly complex in the detail – of which there is none.

The current state of confusion is not helped by the Australian Government’s complete lack of information on what this carbon tax might be. Most commentators assume it will be very similar to Rudd’s CPRS, even more so after the carbon tax system converts to a credits system in a few years time.

So what?
The nett effect on the economy is intended to be zero – as this is a “revenue-neutral” tax. The government passes all the money back to industry and the consumer. Zooming in on particular houses though, only some owners will be eligible for compensation, and some materials will attract a higher tax than others (e.g. steel versus timber).

The big industries supplying the housing market are currently feeling more exposed in their international trade than they were under the Rudd CPRS. They don’t want their exports taxed and they want as much compensation as they can get – preferably 94.5% as it was under the CPRS.

Reactions
The HIA and Master Builders press releases received very little criticism until last week, when the AIA took them to task. CEO David Parkin said, “My question to Master Builders Australia and the HIA is: what is the alternative?”

The spokesperson for the Minister for Climate Change has also reacted, criticising the HIA’s use of figures that don’t take into account compensation. According to them, the HIA has since revised their figures down 15%, which even then is questionable. “With more than half the embodied energy in a house shielded from 94.5 per cent of the cost of a carbon price their arithmetic still doesn’t stack up either.”

Posted by Peter on 18.06.11 in sustainability and housing

It goes on, HIA holds to its numbers. age property blog