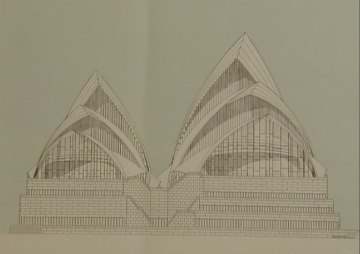 I have just spent an hour watching Utzon’s ‘Edge of the Possible’, the special edition of which has just been released . Thanks Sue for sending a copy. The gut-wrenching story of the century (for an architect) is familiar to us – Utzon the great Dane arrives, wows a dull mid-century Sydney, develops his design as it is getting built, and after a culture clash with Davis Hughes, resigns or gets fired (depending on how you look at it). The building limps to completion without him. This film fills in the gaps with interviews and rare footage. Arup and the ABC emerge rather poorly from it. 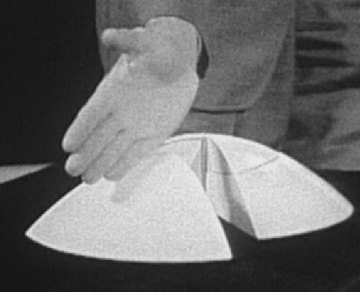 Utzon demonstrating how an orange can be sliced.

Here’s a couple of screen grabs from the extras that came with the film. 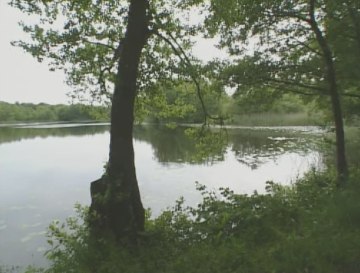 This is the lake next to Utzon’s house in Denmark. While frozen, his team used it to stake out the opera house as there was no other area available big or flat enough. 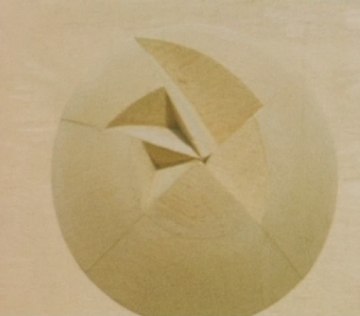 On the lawn, a shot of the segmented dome model, minus the slices that make up the shells.

Off on a tangent, my mind wandered to McBride Charles Ryan’s Dome house in Hawthorn. 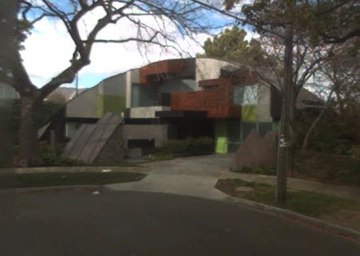 Doesn’t really look like a dome from above? More a football? 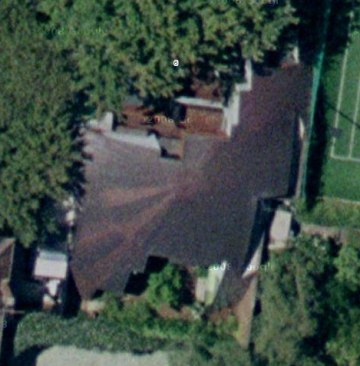 What does Bing think? Dome.

Maybe Norman Day got it wrong when he called it an Australian Academy of Science, “adapted anew.” 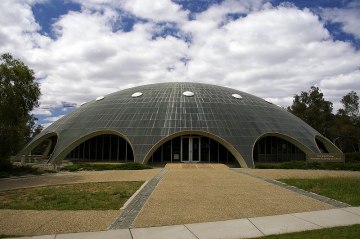 ACADEMY OF SCIENCE, CANBERRA, by BIDGEE

Maybe a Dane deserves some credit? Or an American. 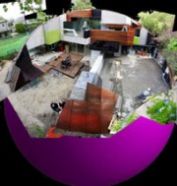 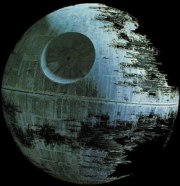 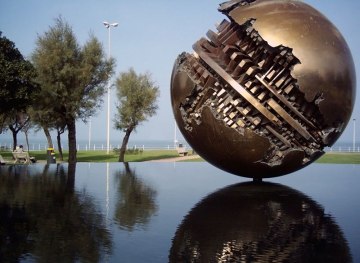